In terms of diving in the Coiba region what you can expect to see in the marine life rich waters include a huge variety of marine species. Devil, Mobula and Eagle rays are the most prominent species of rays in the area, with no less than 4 species of dolphin being found here, these include common dolphin, the spotted and bottlenosed dolphins as well as the Central American spinner dolphin. Needless to say a wide variety of fish inhabit these rich waters, from the blue and black marlin to the tropical butterfly fish, giant tuna and many, many more.

One may be lucky enough to spot the variety of whales such as the killer whales, sperm whales and the short finned pilot whales, who frequent these waters during their breeding seasons. A variety of turtles also breed within these waters, using many islands around Panama as the site of laying their eggs, species to be found here include the impressive leatherback turtle, hawksbill and the loggerhead turtle, amongst others. An area so rich in diversity and beauty should not be missed from a diving perspective, as the amount species ad underwater beauty you will be exposed to is not only mind boggling but spectacular too.

A typical itinerary, when one goes diving in the area, normally consists of about a weeks worth of activities. Here you will have the chance to explore the Coiba Island, as well as some of the other outlying and deserted islands. These islands contain species of plants and animals that can be found nowhere else but here, and offer the nature lover a true treat with respect to spotting these endemic species. 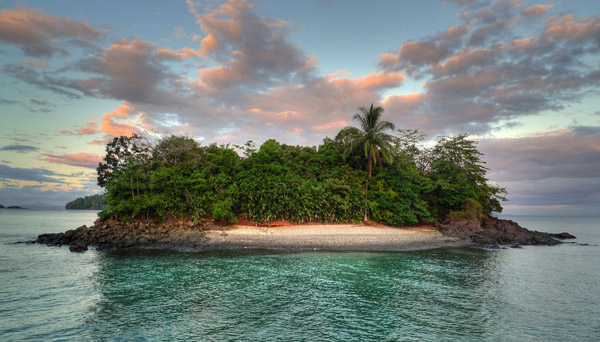 Coiba National Park located in Panama, is the largest Marine Park in Central America, the area has been declared a World Heritage site. One of the most interesting facts about the actual island of Coiba, which is the largest island in Central America too, is that the island is comparable to that of the Galapagos Islands, as it is home to many endemic species of fauna and flora.

The area was declared a National Park in 1992, and was inscribed as a World Heritage site in 2005 by UNESCO. The entire area consists of over 430 thousand acres under protection and encompasses a total of 38 island and marine areas.

The Coral reef areas contained in the Coiba National Park area have been spared from what is referred to as the El Nino bleaching effects, which occur as a result of warm water currents flowing into coral reefs, such as around the Galapagos and Cocos Islands, this therefore offers the benefits of viewing a truly unspoiled and spectacular diving experience.

All dive centers in Coiba Island

All dive sites in Coiba Island