The best season to dive in Miri is March to September, when you can expect visibility of up to 30m. During the rest of the year, the monsoon can cause visibility to plummet to 10m or less.

Most reefs around Miri are rather shallow. Anemone reef (Scubasa Reef) is a shallow reef (6 to 9 m) covered with soft corals and anemones. During August, migrating green turtles can be found here. Sea Fan Garden lies between 15 and 20m with many gorgonian sea fans and sea whips. Grouper Patch, a rocky outcrop (18 m max. depth) covered with hard and soft corals and - of course - inhabited by several giant groupers. Scubasa Drop-off (Tukau drop off) is the reef furthest from shore, about 24-28 km (40mins by boat). The reef consist of several longish strips with a wall which drops off from 20 to 45 meter. Its possible to see reef sharks, napoleon wrasses, groupers, schooling mackerels and barracudas and turtles. During certain times of the year whale sharks might be seen here. There is also an artificial reef, Tyre Reef, built by the Malaysian Fisheries Department.

There are also two wrecks around Miri. The Atago Maru Wreck is a second world war Japanese merchant ship and lies just off Lutong (north of Miri). The 105 meter ship is sitting upright with the top deck just 9 meter. from the surface. Most of the hull is covered with corals. Visibility is not always good. The Sri Gadong Wreck is a small 30m cargo ship lying in 20m on a sandy bottom. 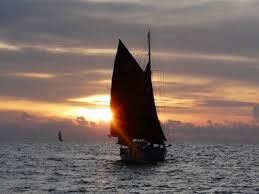 Malaysia's first oil well was drilled here in 1910, and petroleum has continued to drive the city's economy and development ever since. The Sarawak Shell Berhad and Petronas Carigali are headquartered here. As a result, Miri has a cosmopolitan whiff as it hosts expatriates from all over the world.

Diving in Miri hasn't been discovered until recently, which makes its coral reefs yet unspoilt.

All dive centers in Miri

All dive sites in Miri