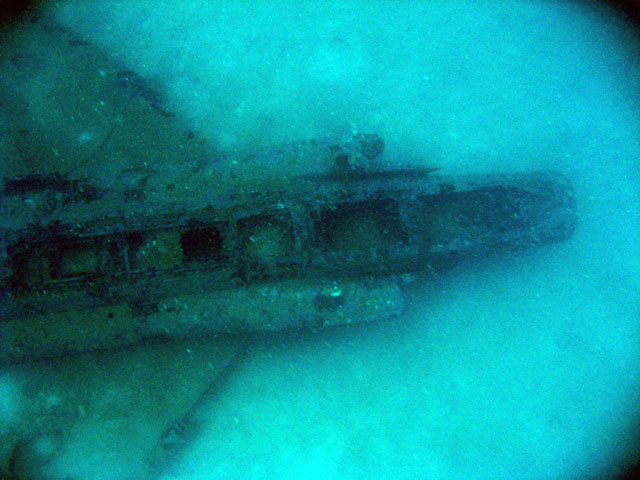 Subic Bay is located about 120 kilometers north-west of Metro Manila, and it is well known for wreck diving, as there are a number of Japanese cargo vessel and some smaller ships from the remains of the WWII.

Most of the wrecks are located in about 5-15 minutes by boat. You will enjoy some reef and drift diving. The marine life is diverse, you can see lots of tropical fish including wrasses, gobies, spotted sweetlips, lobsters, crabs and clownfish just to name a few.

During the WWII the American Navy destroyed many Japanese vessels. Some of these vessels are lying now in Subic Bay water. Japanese cargo vessels, freighter and a historical steam gunboat from the 19th century are lying in a depth ranging from 16 to 88 feet (5 to 27 meters). These huge vessels are nearly 3,000 tonnes and about 130m long. Some of them are still intact and some others are not fully explored yet.

There are all levels of dive sites so whatever your level of expertise you will find something suitable. One of the most visited wrecks is the USS New York. Some wrecks are in shallow depths and can be accessed easily; and others are in deeper waters requiring more advanced skills to dive them. The wrecks became home to a variety of colorful fishlife including clown fish, angelfish, spotted sweetlips, lobster and schools of barracuda. Be on the look out as lionfish, and scorpionfish are also commonly seen around wrecks. Turtles and rays have been seen occasionally and few sharks just outside the bay. It is believed that there are more undiscovered wrecks lies in the Bay.

Subic Bay also has some great reef diving especially around the Grande Island. The most impressive part of the reef is called the Canyon, it is at a depth of 10 to 15 feet (3 to 4 meters) and great for snorkeling. To have a deeper dive you should go out towards the reef where the Canyon gets deeper and the the current makes a good opportunity for a drift dive. You can see lots of marine life and coral. However the bay is exposed to the South China Sea, therefore bear in mind that it's a less protected area.

There are also great artificial reefs in the area. A passenger ship sank by an American aircraft formed a beautiful artificial reef. It is at a depth ranging from 32 to 65 feet (10 to 20 meters).

Other beautiful coral reefs and canyons are available at Subic Bay. These reefs suit all levels of expertise it starts at a depth of 32 feet (10 meters).

Enjoy the variety of tropical sea life such as lobster, spotted sweetlips, clown fish and angelfish as well as colorful corals and sponges. Situated a 2.5 hour drive north-west of Manila are the newly discovered corals and wreck sites of duty-free Subic Bay. Originally a naval base established by The Spaniards in 1885, it became the largest US naval facility in the Far East. In 1991, the bay was transformed into a freeport economic and tourism zone.

Renowned in particular for its wreck diving, the bay is steeped in naval history. As there are virtually no currents, it is a great all-year round dive area.

There is a well maintained recompression chamber on the former base that is worth a visit - hopefully just from a tourist point of view.

As it is a duty-free port, good deals on equipment can be found so remember your passport.

All dive centers in Subic Bay

All dive sites in Subic Bay